You are what you eat (and wear!) 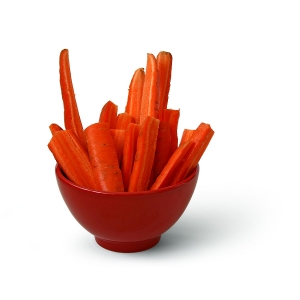 Two things have been on my mind this week. The first is food and the second is clothes. Now that’s nothing unusual  you would think, but this week something changed, and I started seeing both in a new light.

For a while, I have been thinking about buying the book Skinny Bitch by Rory Freedman and Kim Branouin.  I had heard a few people talking about it and decided to finally buy it this week. The message of Skinny Bitch, is basically don’t eat meat, dairy, coffee, decaf coffee, anything with caffeine, white flour or white rice, artificial sweetners or anything chemical full stop and you will be a skinny bitch. Ha! Easier said than done, as usual.
Their arguments are: humans are not so well equipped to eat meat as well as they are to eat vegetables, and all animal protein, sugar and dairy as well as coffee create an acidic environment in the body, which makes you fat, sick and gives you cancer, so there!
I am not so much a fan of their ‘no-nonsense’ approach, however as I got to the part about how animals live, suffer and are tortured and killed on industrial meat farms, I felt sick at the thought of the chicken salad I had for lunch (luckily I hadn’t eaten lamb or beef, the book is more graphic about these).

It is truly disgusting how animals are treated in these places, that I had to stop reading at the part where they start relaying true confessions of factory farm workers. Ok I thought, it’s terrible, although admittedly I do usually buy organic and free range meat, but I started thinking about the fact that I am actually eating dead animals, which I do not know how they were killed because I didn’t kill them. And when eating at restaurants the meat is definitely not free range or organic, it is the cheapest of the cheapest.

I don’t think I could kill a cow or a cute little lamb (I might manage a chicken if I really had to). However after reading this, the idea of eating the dead flesh of animals somehow started to repulse me, and for a while I have been eating too much meat and was thinking that I should eat less of it anyway.
So I thought ok, eating meat is bad, but eating milk can’t be that bad? Well apparently, apart from being bad for you, it also involves cow torture in large scale dairy farms, where cows are milked constantly and mechanically until their udders become sore and infected, but the machines still keep milking. So that means cutting out milk as well for ethical/health reasons.
Many of these farm animals are also fed with antibiotics, to make them resistant to all this infection that is going around, and if you have read my previous post, you will know that what I think about antibiotics and how harmful it is to eat them unnecessarily. So now we might be eating them every time we eat meat that is not organic.
After this, I have seriously entertained the notion of becoming vegan, despite the fact that I absolutely love lamb and beef and sugar and dairy and white flour and caffeine. After reading the first part of the book (3 days ago!), I did manage to stay off the meat, but not off the milk, eggs and sugar.However, I would still like to give the whole vegan thing a whirl and see if it makes me feel better. I feel ok in general, but I do not feel completely healthy and suffer minor ailments and bouts of tiredness and I just feel a bit sick sometimes after eating certain foods. So I wonder if being vegan would help?
I was also inspired by David Cain’s experiment, where he became a vegan for 30 days and found that it made him feel better and gave him more energy, and so I’ve decided I definitely want to give it a go for 30 days and see what happens. However, I will start this fully upon my return from holiday to the Czech Republic, but I will do my best there as well.
As Cain also writes in his post, I always thought that there would be nothing left to eat without animal products, but my friends who are vegetarians (not vegans admittedly) continue to surprise me with how inventive and delicious their recipes are. Cain also writes he has discovered many new ingredients and recipes during his experiment. Hopefully the experiment will open up a new world of ingredients and recipes for me too, so I am looking forward to it and I am already quite excited!
The second thing, I have been thinking about this week are clothes. Looking at the guardian pages today, I came across their ethical fashion directory, another interest area of mine. Ethical and clothes equals shopping fun minus the guilt! Some of these companies I already knew, like People Tree and Howies, but some of them are new to me and I was surprised at how many there are.
Unfortunately though, ethical clothes do still look a bit, well ethical, and don’t quite cut it compared to ‘normal’ clothes on the high street. But suddetly, I thought hang on, so I never buy clothes from ethical shops because they just look crapier then the ones on the high-street, plus it’s usually only mail order so you can’t try them on and sending them back is a hassle.  But I realised that I should definitely start shopping there because the more support they get, the better quality clothes they will be able to make and eventually more workers could work in better conditions. Because if consumers demand something, then industries will have to change to stay in business and that goes the same for clothes as well as food.
I understand not everyone is ready to become a vegan or buy organic food all the time, but at least if we buy organic and free range meat and food that is a step forward. If we demand that workers  are treated fairly and that animals live and die in good conditions, then the industries will have to eventually obey.
Anyway, these were my thoughts for today and I will let you know how my becoming vegan and buying ethical clothing experiments go J

My name is Maia, I live in London, UK, and I originally come from the Czech Republic. Maia's World is my blog where I write about life in general, personal development, and about ideas, beliefs and discoveries on how to live a fuller life.
View all posts by Maia →
This entry was posted in Uncategorized. Bookmark the permalink.

1 Response to You are what you eat (and wear!)